At Redcot, Friends of the Elderly’s residential care home in Haslemere, Surrey, the residents have been marking not only the charity’s Royal Patron, Her Majesty The Queen’s Platinum Jubilee, but also commemorating the last few unprecedented years by burying their very own time capsule for future generations to discover.

Residents decided to fill and bury their time capsule, which is made of galvanised metal and measures 30 cm in length, as they all felt that due to the COVID pandemic and resulting restrictions, they saw so much change over the last two years in their everyday lives, that memories of this unmatched time needed to be commemorated and remembered. Coupled with The Queen’s Jubilee, everyone agreed it was the perfect time to leave their own perspective, on not only the world today, but what life was like at Redcot during the pandemic. 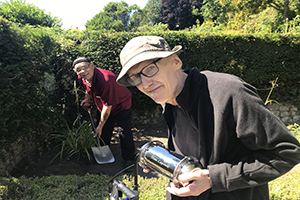 Commenting on the time capsule, Redcot’s Activities Co-ordinator, Amanda Snelgrove said: “I was chatting to our residents about our Jubilee celebrations and our conversation turned to reminiscing about how much they enjoyed the festivities, past royal celebrations and how life had changed so much for them over the last few years. We chatted further and the residents decided that they would like to a leave a lasting record of their thoughts, memorabilia, keepsakes and recollections of how things have changed for them during, and following, the COVID pandemic.

The residents thoughtfully chose what they wanted to go into their time capsule. Everyone was keen to pass on their experiences and stories to the people in the future so they would know, first hand, what went on at Redcot and what life was like over the last two years which, in their words, “have been like no other.”

Practical items such as facemasks, a lateral flow test, a plastic apron and blue COVID protection rubber gloves were included. “The gloves and lateral flow test symbolise two of the many safety measures of our residents’ lives at Redcot during the pandemic. Our Manager’s old iPhone also made the cut as mobiles became so much more important to our residents as they were one of the communication methods we used to keep everyone in regular contact with their families and loved ones,” added Amanda.

Bunting from Redcot’s Jubilee party, a series of stories and quotes from residents, a selection of the care home’s weekly activity posters and monthly newsletters were also included, along with a special current affairs piece especially written by one of the residents, Juliet Fuirer. The piece not only covered life at Redcot and the COVID pandemic, but also what was - and still is - happening throughout the world. For example, the Ukraine crisis, the political landscape both in the UK and overseas and the cost of living. The resident writer wanted to give the future capsule finder a clear idea of 2020 to now, as well as who was at Redcot, the residents and care team and what they were doing on a daily basis.

“The Redcot Time Capsule is now safely buried in our beautiful grounds, waiting patiently for the future to roll around and to be found. All our residents thoroughly enjoyed creating and filling the time capsule and it’s great to know that what they so carefully put together will hopefully be found in years to come and give insight not only to the COVID pandemic years, but also to how they spent their days at Redcot, which is truly their home,” concluded Amanda. 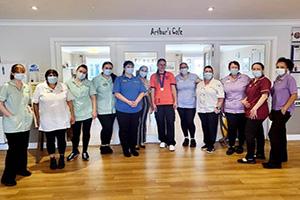 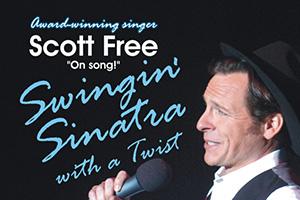 They’re songs familiar to generations - Come Fly With Me, New York, New York, Fly Me To The Moon, Mr Bojangles… the list goes on and on. And Scott… 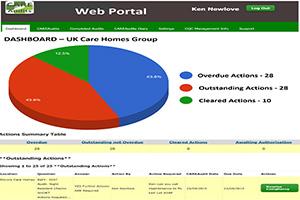 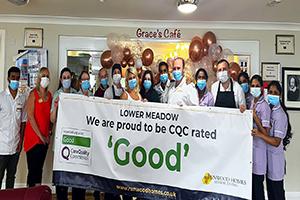 The team at Lower Meadow care home have embraced the celebrations this week, following the positive news received from their recent CQC inspection…