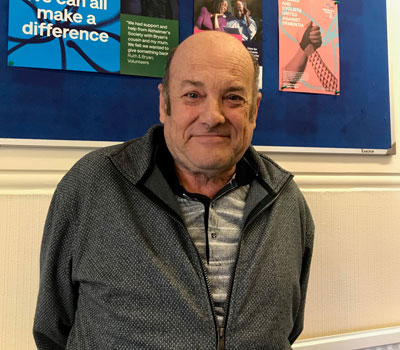 69-year-old John Holt who is living with dementia has been inspired to write a song about his experiences of the condition. The song ‘The Secret D’ has been released on iTunes with all proceeds going to Alzheimer’s Society.

John, who lives in Penwortham, attends Alzheimer’s Society’s Singing for the Brain in Penwortham, and is also a member of the Skylarks Community Choir. As a former musician in a brass band, John penned the lyrics and contacted ‘The Songwriting Charity’, set up by Nathan Timothy, who agreed to write the music and produce it.