The QCS Pool Activity Level instrument (PAL), created by Jackie Pool and with the continued support of QCS, the leading provider of content, guidance for the social care sector, has been contributing to the validation of HUG, a therapeutic soft, comforting device for people with advanced dementia.

A landmark study using the QCS PAL Instrument, which assesses the level of functional ability of people with cognitive impairments, revealed that 87% of those with dementia who used the HUG device over a six-month period saw an improvement in their wellbeing.

In addition, Jackie Pool, QCS’s Dementia Care Champion, has developed a set of specific QCS HUG PAL Guides, which ensure that people living with dementia are supported at ‘just the right’ level and are enabled to engage with HUG in the most meaningful way possible. 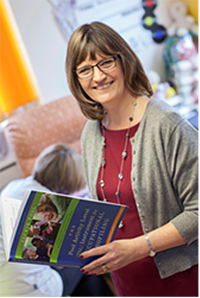 HUG, which is being released today, is the brainchild of the Cardiff Metropolitan University’s LAUGH team. It has also been supported by a number of key stakeholders, including the Alzheimer’s Society, the Welsh Government, the Arts and Humanities Research Council (AHRC), who, between them, have funded the research and development of the therapeutic device.

The device, which can be purchased on the HUG by LAUGH website and Alzheimer’s Society’s online shop for £125, increases wellbeing in a number of ways. Its weighted limbs, soft body and simulated beating heart, help mimic a human hug.

With a vast body of scientific research validating music as a powerful medium, which helps people to express themselves and unlock past memories, the therapeutic device has also been fitted with a music player. The MP3 player, which is linked to a hard drive, has been specially built to make it easy for carers to upload music onto HUG, via several different platforms.

Over the last three years, HUG, has been trialled in a number of settings across the entire health and social care spectrum, as well as homes, where it has been shown to consistently provide comfort and reduce anxiety.Now that it is being launched, Professor Cathy Treadaway of Cardiff Metropolitan University, says, “It is incredibly exciting and rewarding to know that people with advanced dementia can finally enjoy the wellbeing benefits that HUG brings. We are also incredibly fortunate to have received funding for our research collaboration from Welsh Government, the AHRC and Alzheimer’s Society, and we are indebted to Jackie Pool and QCS for validating the therapeutic merits of HUG.”

Jackie Pool, QCS’s Dementia Care Champion, adds, “When I was first approached by Professor Treadaway and her team at Cardiff Metropolitan University, I jumped at the chance to be involved. HUG may not provide a cure for dementia, but I strongly believe, and the evidence supports it, that this soft comforting device has the power to profoundly improve the wellbeing of those living with dementia at all levels and to provide the means for care givers to make a meaningful connection with individuals. That in itself, makes it a game changer.” 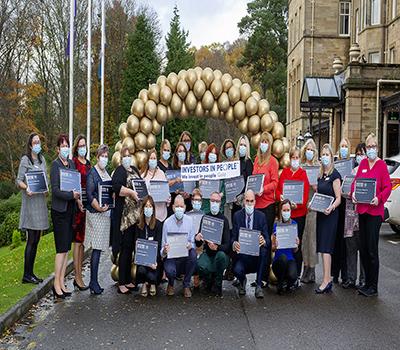 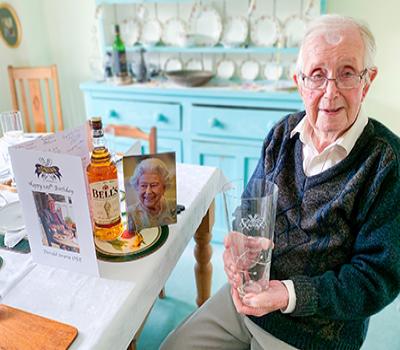 “… never did I think an apron could be game changing, but I do now!” 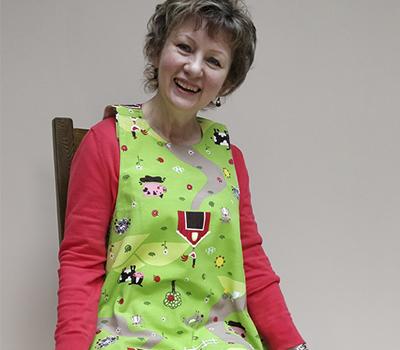 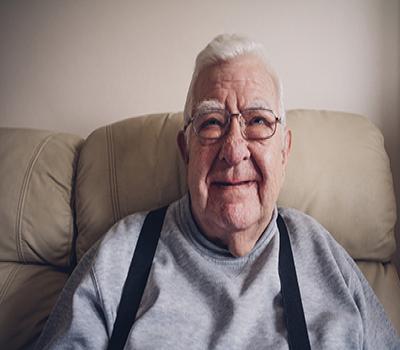