As the NHS turns 70, we take a look at a round-up of news, views and events which are taking place across the country to celebrate the world’s greatest health service. Our nation became the envy of the world when, on 5 July 1948, the NHS was launched by Health Secretary Aneurin “Nye” Bevan, at Park Hospital in Manchester (now Trafford General Hospital). This was the first time that hospitals, doctors, nurses, pharmacists, opticians and dentists had been brought together under one umbrella to provide services for free at the point of delivery.

NHS England has a calendar of events here: https://www.england.nhs.uk/nhs70/ and its NHS70 team have worked with a raft of organisations from the British Medical Association to Unison to plan events. From May to July, local NHS bodies have been encouraged to host local events including open days and exhibitions. And on the Big Day itself, 5th July, The Big 7Tea will take place. This is a huge tea party where venues can invite guests for refreshments, and to raise funds for NHS charities. Downloadable packs are available to decorate your party. Also on July 5th, there will be church services for NHS staff at Westminster Abbey and York Minster.

‘Are we expecting too much from the NHS?'

To mark the BBC’s coverage of the NHS’s 70th birthday, researchers from the Health Foundation, Institute for Fiscal Studies, The King’s Fund and the Nuffield Trust have joined forces for the first time, using combined expertise to shed light on some of the big questions on the NHS. The report, ‘Are we expecting too much from the NHS?' was authored by Helen McKenna (The King’s Fund), with contributions from Emma Spencelayh and Peter Stilwell (the Health Foundation), Mark Dayan (The Nuffield Trust), Elaine Kelly (Institute for Fiscal Studies), and David Buck, Dan Wellings and Leo Ewbank (The King’s Fund). The report questioned the public and found that 62% of UK adults (15+) support the soft drinks levy, while 70% support limiting fast food outlets in areas near schools.

Helen Mckenna, Senior Policy Adviser at The King's Fund, said: “It is essential that national and local government use all the means at their disposal to improve the public’s health. This should include being bolder in using tax and regulation where this can be effective. Although politicians may balk at the idea of the 'nanny state', our research suggests these types of intervention may enjoy stronger public support than they often assume.

“As it approaches its 70th birthday, the NHS still enjoys overwhelming public support but funding pressures are beginning to take a toll and there are signs that people are becoming less satisfied with NHS services.”

The Story of Our Lives

The University of Manchester’s Faculty of Biology, Medicine and Health, is creating the first shared social history of the National Health Service, ‘From Cradle to Grave: The NHS at 70’. A major component of the project is the creation of an innovative new website which allows the public to submit their stories of the NHS by uploading recordings, photos and documents. The website acts as a hub for existing and previous histories of the NHS.

A University spokesperson said, “We urgently need to capture the stories of the first generations who worked and were cared for by this unique institution as they are now in their eighties and nineties. We also need to capture the experiences of many communities of patients and workers that have barely featured in NHS histories to date. This includes disabled people, people with mental health illnesses, workers from black and minority ethnic (BME) groups, support staff, trade unions, campaigners and the thousands of volunteers who work in the NHS.”

The digital archive can be accessed here: https://www.nhs70.org.uk/story/nhs-70-launch-digital-archive

Tune in to catch the action on TV

There are a plethora of TV specials planned in upcoming weeks, or which have recently aired and can be seen on catch-up TV, including:

Matron, Medicine and Me - BBC1

How the NHS Changed Our World - BBC1 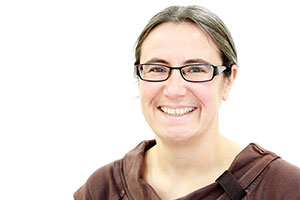 Hospitals that Changed the World - BBC2

The People Vs The NHS: Who Gets the Drugs? - BBC2

The People’s History of the NH  - BBC Four

To Provide All People - BBC Wales

How the NHS Changed Our World, credit BBC (slider image)