£1.5 million has been awarded to the next generation of dementia researchers by motor-racing legend Sir Jackie Stewart and his charity Race Against Dementia, which was formed after his wife of 57 years was diagnosed with the frontotemporal dementia. 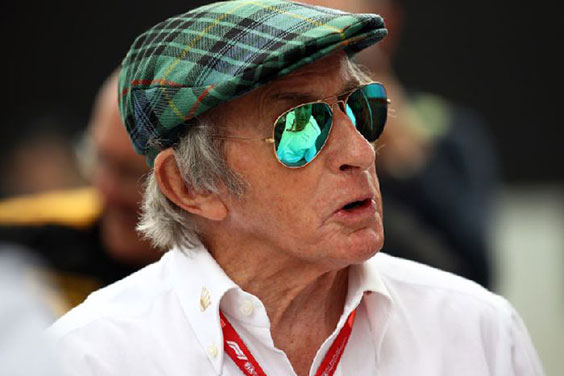 Sir Jackie recently partnered with the UK's leading dementia research charity, Alzheimer's Research UK, to identify early-career scientists with the highest change of transformational ideas for research. Dr Cara Croft and Dr Christy Hung both from University College London and DR Claire Durrant at the University of Edinburgh are the three new Race Against Dementia Fellows. The fellowship is named in recognition of the entrepreneur and inventor Sir James Dyson who has also joined to support the funding through the James Dyson Foundation.

Dr Croft will be joining forces with UCL from the University of Florida in order to explore how generic risk factors may or may not contribute to the development of Alzheimer's disease, and will also look at whether these generic pathways may also be bale to be treated and targeted with future Alzheimer's drugs. While Dr Hung will be investigating whether progressing a process called autophagy, which is known as a cellular garbage disposal system, would be able to look at a new way of treating the disease.

This new idea will allow Fellows with unusual opportunities for collaboration with the scientists who who most well known for studying dementia and well as introducing them to the highest level tutoring from experts from outside of their field of study.

“When my wife, Helen, was diagnosed with dementia I knew our lives wouldn’t be the same again.

“I’m fortunate to be in a position to provide Helen with the best possible care and that I’m part of a close-knit family that has been a crucial source of support throughout this difficult time. I know the situation is very different for many others affected by dementia.

“We urgently need to see new ways to treat or prevent dementia and the only way to do this is through research.”

For more information about this please visit Race Against Dementia