The results of the eagerly-anticipated DECLARE study into cardiovascular disease and type 2 diabetes was shared for the first time in the UK at Diabetes Professional Care (DPC2018).

The research involved 17,000 people and showed how the drug Forxiga (dapagliflozin) reduced hospitalisation for heart failure or cardiovascular (CV) death with no increase in major CV events versus placebo in a broad population with type 2 diabetes.

Published in the New England Journal of Medicine (NEJM), results from DECLARE-TIMI 58 show dapagliflozin significantly reduced the risk of hospitalisation for heart failure 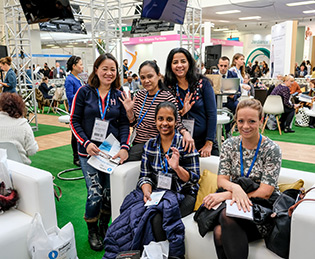 DECLARE-TIMI 58 also confirmed the well-established safety profile for dapagliflozin by meeting the primary safety endpoint of non-inferiority vs. placebo, demonstrating no increase in the composite of major adverse cardiovascular events (MACE), defined as CV death, heart attack (myocardial infarction), or stroke (upper boundary of the 95% CI, <1.3; p<0.001 for non-inferiority). While there were fewer MACE events observed with dapagliflozin, this did not reach statistical significance for superiority versus placebo as the second primary efficacy endpoint (8.8% for dapagliflozin vs. 9.4% for placebo; HR 0.93 [95% CI 0.84-1.03]; p=0.17).1

Professor John Wilding, who leads diabetes and endocrinology research at the University of Liverpool, and is Lead UK Investigator and member of the Executive Steering Committee for DECLARE, said: “Heart failure is often overlooked as a complication of type 2 diabetes; however, these patients are 33% more likely to develop heart failure compared to the general population. The results of DECLARE show that dapagliflozin reduced the risk of hospitalisation for heart failure and CV death and, crucially, that this effect is seen not only in patients with established CVdisease, but also those who have not yet had an event but are at high risk.”

Type 2 diabetes has been associated with an increased risk of heart attack and stroke, but heart failure develops earlier than either of these complications and carries with it a high rate of death and a large cost burden. In 2015/16, 32% of all hospital admissions for heart failure in England and Wales were for people with diabetes, accounting for over 1.25 million bed days. By 2035, it is estimated that caring for T2D patients with heart failure will cost the UK almost half a billion pounds each year.

As a monotherapy when diet and exercise alone do not provide adequate glycaemic control in patients for whom use of metformin is considered inappropriate due to intolerance.

In combination with other glucose-lowering medical products including insulin, when these, together with diet and exercise, do not provide adequate glycaemic control.

DECLARE-TIMI 58 is the largest CVOT in the SGLT2 inhibitor class of medicines and the first to include the composite of hHF and CV death as a primary endpoint. The study included a broad population of more than 17,000 patients with the aim of reflecting a large spectrum of T2D patients in clinical practice.

Although secondary endpoints were nominally significant, the DECLARE results also show that dapagliflozin reduced the rate of new or worsening kidney disease by 24% vs. placebo across the broad patient population studied (4.3% vs. 5.6%; HR 0.76 [95% CI 0.67-0.87]),1which is important because T2D is one of the biggest risk factors for developing chronic kidney disease.7 In addition, there were fewer all-cause mortality events with dapagliflozin vs. placebo (6.2% vs. 6.6%; HR 0.93 [95% CI 0.82-1.04]).

For more information about the DECLARE study please visit www.diabetesprofessionalcare.com