How Bupa care home workers are keeping control of their finances

Bupa recently introduced the income-streaming app, Wagestream, which will allow nearly 11,000 colleagues to instantly access pay for completed shifts without needing to wait for payday.

Authorised by the Financial Conduct Authority and supported by charities including the Joseph Rowntree Foundation, Wagestream also allows users to track their wages – including any overtime earned.

Rebecca Pearson, Operations Director for Bupa Care Services, explains: “Wellbeing is about more than physical health. It includes everything our people need to be at their best, including financial stability.

“No matter who you are, there will always be times when you face unexpected costs - whether it’s a broken-down car or an unforeseen vets bill. 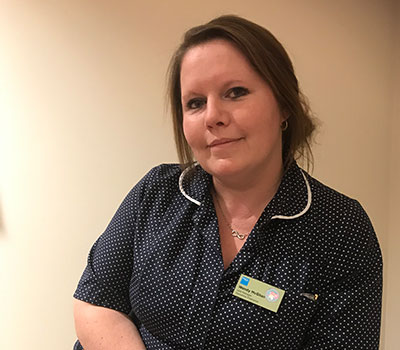 “Whatever the reason, by introducing Wagestream, we’re allowing colleagues to access their earned wages ahead of payday, so that they’ve greater control over their finances when they need it most.”

The app is especially effective for those who work flexible shifts or overtime, as it means that they can get instant access to their additional pay as soon as they’ve earned it.

Peter Briffett, Chief Executive at Wagestream, adds: “Employers are increasingly realising how important it is to look after the financial wellness of their staff, and income streaming is one of the most effective ways they can do this.

“We actually launched with Bupa late last year, so we could help in the run-up to Christmas. It meant that colleagues who’d worked overtime could access their pay for things like Christmas shopping – as well as spreading their pay over the five weeks between December and January pay dates. It’s already had a great response.”

Bupa employs nearly 11,000 staff at its 125 care homes and eight care villages across the UK. Early figures suggest that 25% of staff have enrolled on Wagestream, with more than 1,300 people so far have streamed funds, averaging £73 per use.

The introduction of the app is also aimed at helping improve staff retention and preventing staff from turning to agency work.

Rebecca Pearson continues: “Our colleagues have told us that one of the attractions of agency work is that it pays weekly, meaning they can get quicker access to their pay. By introducing Wagestream, we’ve gone one step further, offering them instant access to their earned wages instead.”

While the app allows much greater financial flexibility, Bupa has set a cap on the amount that can be accessed to help ensure that colleagues don’t see a significant shortfall in income the following month.

Colleagues can also choose to set their own personal limits within this – whether that’s for the percentage of their total pay, total sum accessed or number of transactions.

Free financial advice is also available both via the Wagestream app – which is provided in partnership with The Money Advice Service and The Money Charity – and Bupa’s Healthy Minds hotline. The helpline can be accessed free of charge 24/7 and provides support with anything relating to mental health and wellbeing, including financial planning.

Other employers to have signed up with Wagestream include Rentokil Initial, Hackney Council and Roadchef. Users have already identified a number of Corporate Social Responsibility (CSR) and Human Resources (HR) advantages to Wagestream.

In addition to recruitment and retention value for all employers, a key immediate benefit for those firms who offer shift work is that it becomes easier to fill rotas. This is because income streaming restores the direct connection between work and pay. In fact, Wagestream data shows that workers enrolled in the service choose to work 22% more hours on average.

Wagestream allows staff to draw down — or ‘income stream’ — a percentage of their earned wages any day of the month for a flat £1.75 fee. There are no loans involved and therefore no interest is charged.

A mum of four, 39-year-old Wendy was born and raised in Cardiff. She’s worked her whole career in social care and has been at Bupa’s Heol Don care home for the last five years, now as a unit manager. After starting as a care assistant, she progressed to the role of Senior Care Worker, promoted in time to Unit Manager – overseeing a residential dementia unit, which cares for up to 19 residents.

Wendy said: “There are always months when bills sneak up on you – whether it’s something for the baby, or the car breaking down. To know that I’ve got an app on my phone and that my own money is there if I need it – it’s a weight off my shoulders.

“The best thing about it is that it acts as a safety net. As a mum of four, you know that occasionally unexpected bills might pop up.

“I used Wagestream ahead of Christmas. It meant I could work extra shifts and then access the money immediately to help treat the kids.

“The app updates every week, so you can see what you’ve earned – including overtime. That’s one of the most useful parts as I prefer to access my overtime pay, so I’ve still got a full month’s paycheque to come.

“If it wasn’t for Wagestream, I might have to ask friends and family for a loan, or even look to a payday lender. This is much better though – it removes all the stress as it’s money that I’ve already earned, so I don’t need to pay anyone back.”