Does the UK Government need to rethink social care?

Audley Group also found that eight in ten (82%) do not think the resources are in place to support a growing older population - a stark reminder of the worries facing those looking ahead to the future. The same proportion (82%) also believe the UK’s attitudes towards care of those in later life need to change.

The number of over 75s is predicted to double in the next 30 years1, giving new urgency to act now. Yet 88% of over 55s believe there isn’t the provisions in place to support this growing elderly population.

Only a quarter (29%) of over 55s are comfortable that they are financially prepared for their future care needs, with three in five (61%) saying they worry about how they will fund future social care if they need it. Crucially when discussing their confidence in the government, only a third (32%) trust that the state will provide for them financially if they have care needs in later life. 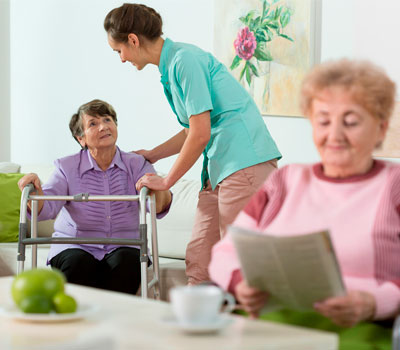 Nick Sanderson, Audley Group CEO, commented: “Social care is an issue which has plagued British politics in recent years and it’s clear that it’s a pressing concern for the majority of people. Inaction from the government and ever-increasing delays on the social care green paper has meant that the public have lost trust that a suitable solution will be offered.

Boris Johnson has publicly committed to solving the social care crisis, and we need to see his words put into action and genuine change implemented. A first step here is removing the need for people to go to hospital and in turn cutting the strain on the social care system. A holistic approach which brings together housing, social care and health will be what makes the difference here and will place more trust in people that they will get the support they need, when they need it.”