As the cost of living in retirement soars, almost a quarter (22%) of UK adults say they will go back to living under one roof with their parents – or have already done so, according to new research from wealth manager, Charles Stanley. These decisions are driven by a desire to avoid retirement/care home costs, as well as to ensure that their parents are not on their own.  The options being planned include:

Charles Stanley has launched a ‘Conversation Starters’ initiative to help families talk about money and start planning for the future. The cost of funding residential care in retirement is a significant worry for UK adults, and more than a fifth (21%) say that their parents either will or are already having to fund the cost of a retirement or care home later in life.

Escalating retirement and care home costs could dramatically erode potential inheritances and put them at risk, but around a third (31%) admit that they’ve not considered how this is likely to impact the financial legacy left by their parents. 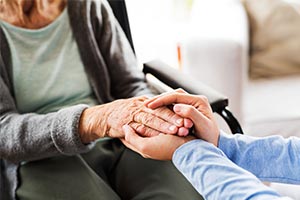 However, findings revealed that more than two in five (42%) believe that it will eat into the amount of money they are expecting to receive from their parents, and 8% believe it is likely they’ll end up receiving nothing.

Despite the possible financial implications, as well as the emotional impact of residential care later in life, 14% of UK adults have never discussed their parents’ retirement plans with them. This rises to one in five (20%) among those aged 39-53, whose parents are likely to be approaching their retirement.

Three in five (60%) say they have received a financial gift from their parents to help with key life moments  such as house deposits, weddings, car purchases or starting a business.  Utilising the option of financial gifting early on will help reduce the amount eaten up by care/retirement home costs or eligible for inheritance tax due further down the line.

Alex Price, Director of Financial Planning at Charles Stanley said: “The looming cost of care may be putting future financial legacies under threat as many people have to sell their homes or use their hard earned savings to pay for it. This is making families think smarter about their living arrangements, as older members get to the point of needing an extra helping hand and are moving back in with their children – the Boomerang parents.

“Whichever route families decide to go down, the key starting point is talking about the options available and planning early. But one in seven UK adults admit that they have never discussed their parents’ retirement plans with them, potentially building up trouble for the future.

“Just thinking about having conversations about money can feel uncomfortable, and often, people don’t know how to start having them. But they are essential to make sure you can take advantage of all the available options and can achieve your longer-term goals, which will provide real comfort and peace of mind.”