Reckless bosses of two care homes in the Midlands have been disqualified after they diverted council funds before abandoning elderly residents and staff.

Husband and wife, Darren William Lloyd (53) and Emma Lloyd (49), have been banned for a total of 8-and-a-half years, while Darren’s brother, Adrian Jeffrey Lloyd (50), has been disqualified for 5 years.

All three directors are from Wolverhampton and after signing disqualification undertakings, the trio are banned from directly or indirectly becoming involved, without the permission of the court, in the promotion, formation or management of a company.

Elysian Care Limited was incorporated in January 1997 to purchase and operate a residential care home called Knoll House in Penn, Wolverhampton. The company acquired two further care homes but sold one of them in 2011, leaving Knoll House and The Homestead, based in Stourbridge, in Elysian Care’s portfolio.

Elysian Care, however, began to struggle financially and in addition to not providing adequate services to the residents, the 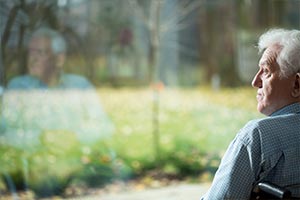 company failed to pay key suppliers and staff. By September 2014, Darren, Adrian, Emma Lloyd abandoned the two care homes, which led to the local authorities having to step in and make emergency payments to ensure the residents were cared for.

As part of their efforts to rescue Elysian Care, the company’s bankers’ appointed administrators, who went onto to report to the Insolvency Service that Darren, Adrian and Emma were responsible for several instances of misconduct.

Darren Lloyd instructed a member of staff to provide new bank details to the local authority responsible for paying the fees of some of the residents of Knoll House. The local authority, however, was not informed that the bank account they were paying into was in the name of Darren Lloyd.

In total, more than £500,000 of resident’s fees provided by the local authority between September 2012 and October 2014 was paid into Darren Lloyd’s personal bank account. More than £290,000 of that amount has not been accounted for nor has it been explained whether it was spent on the running of Elysian Care or the care homes’ elderly residents.

Further enquiries confirmed that the trio abandoned the two care homes and left no funds to provide services for at least 30 residents. This meant staff had to buy essential supplies out of their own pockets, while the two local authorities had to make emergency payments to support the residents.

One local authority had to step in to reimburse staff’s wages, as well as pay for food and hygiene provisions, while the second council was forced to relocate the residents.

And all three directors were remis in maintaining sufficient books and records, while also failing to supply a statement of affairs to the Administrator.

The trio contested the proceedings for over three years but elected to accept disqualification undertakings before their trial was due.

Emma Lloyd was the first to have their ban come into effect on 14 February and her disqualification lasts for 3-and-a-half years. Darren Lloyd’s 5-year ban came into effect on 19 February 2020, while his brother’s ban was effective a day later.

"Darren, Adrian and Emma Lloyd were unscrupulous care home bosses. Not only were they culpable for diverting more than £500,000 of funds intended for the care of their residents but they abandoned the people they were responsible for and left staff and local authorities to step in and pick up the pieces. Directors are expected to operate in the best interest of the company and by removing Darren, Adrian and Emma from the corporate arena will ensure their victims will be protected from further harm."

A much-loved woman living in Bearsden has celebrated her 100th birthday.