Dust off your baking bowls and whip out your whisks, Alzheimer’s Society’s Cupcake Day is back on Thursday 13 June. Actress and Alzheimer’s Society supporter, Lacey Turner, is urging everyone to unite against dementia with their families, friends and colleagues, by baking or buying cupcakes to raise vital funds.

Being close to friends and colleagues affected by dementia, Lacey Turner is now supporting the cause, having taken part in a Cupcake Day tasting event last year. Speaking about supporting Cupcake Day, Lacey said: 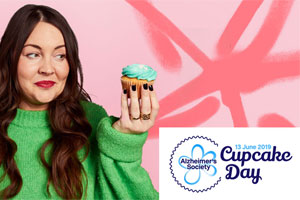 “After tasting lots of treats last year, I’m so happy to be taking part in Alzheimer’s Society’s Cupcake Day again,” said Lacey. “Cupcake Day is not just for the pros, I didn’t do any baking last year- I can only make toast! You can bake, bring or buy, but what’s important is that we all unite together to help beat dementia.

“Every three minutes someone in the UK develops dementia but each cupcake sold will help get us a step closer to finding a cure. That’s why I’m calling on all the bakers and fakers to join me; it’s time to get to work! You can sign up for a free fundraising kit at cupcakeday.org.uk.”

Research will beat dementia, but we need more funding to find a cure. There hasn’t been a new drug for dementia in 15 years - but since 2013, the number of clinical trials for Alzheimer’s drugs has doubled, and Alzheimer’s Society is investing in, and accelerating, dementia research, having committed to spending at least £150m in the next decade.

With 850,000 people in the UK having dementia, we owe better knowledge of the condition to everyone affected, so that they can live better. It is only through research that we can understand what causes dementia, develop effective treatments, improve care and one day find a cure.

“Dementia is now the UK’s biggest killer. Each cupcake will help us find a cure, improve care and offer help and understanding for people affected.  Events such as Cupcake Day make it easy for everyone to get involved, and raise awareness of the important work we do to support people with dementia.”

Now in its fourth year, Cupcake Day has raised £2.7 million since 2016. Last year more than 3,873 baking pros, impatient icers, first-timers and late night whiskers from the North West united together against dementia for Cupcake Day. This June, Alzheimer’s Society is encouraging everyone to bake, bring or buy, to raise more than ever before to help beat dementia. 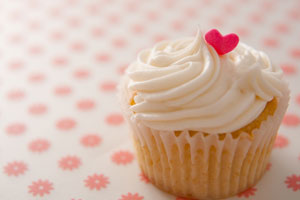 In just the average time it takes to bake a batch of cakes, six people will develop dementia in the UK. Whether you choose to host your own event for Cupcake Day on 13 June or mark the occasion another time in the month, there are no excuses not to get involved. Visit cupcakeday.org.uk to sign up today!

Owners of Churchfields Care Home have raised money for Bloodwise, a charity who funds world-class research in blood cancer, by cycling the 500km…