A care home provider has been fined £300,000 for allowing a man in its care with a history of sexual assaults the freedom to prey on vulnerable people.
The Care Quality Commission brought the case against Hillgreen Care Limited for not providing the constant, one-to-one supervision required for the man, who was described in court as XX.
CQC prosecuted Hillgreen Care Limited for failing in its duty to protect people in its care, exposing them to the risk of sexual abuse. District Judge Susan Williams also awarded CQC £141,000 in costs. The judge ruled that residents at the care home must not be identified.
She added: “There was a failure to provide appropriate care and a high level of culpability because the risks were well known to the company.” She said there was a “woefully inadequate system of care” in place.
The judge said that although Hillgreen was subject to insolvency proceedings, this should not affect the sentence and that the “fine would serve to mark society’s condemnation” of Hillgreen’s failure to protect vulnerable people in its care.
The CQC brought the case against Hillgreen Care Limited, for failing in its duty to protect people in its care, exposing them to the risk of sexual abuse. Hillgreen Care Limited was not present in court at any time during the proceedings.
Highbury Corner Magistrates’ Court was told that on 1 November 2015, an autistic man was assaulted at Hillgreen’s care home at Colne Road, in Enfield, north London. At the time there were only two care staff on duty to look after six people.
One of the residents, who was described as non-verbal, with limited mental capacity, was followed up to his room by XX, and, allegedly, raped. The incident was eventually reported to the police, but partly because of the alleged victim’s mental capacity and a lack of evidence, no prosecution ensued.
The alleged perpetrator had been under the care of Hillgreen Limited for 10 years. Mr Paul Greaney QC, representing CQC said that: “XX is a predatory and opportunistic sex offender” and was a risk to both sexes. Numerous allegations involving vulnerable adults and children had been made against XX dating back to his childhood.
The court heard from expert witness, Chartered Clinical Psychologist, Dr Neil Sinclair, who said that it should have been apparent to Hillgreen Care Limited that there was an extremely high risk of XX committing sexual offences. XX needed to be monitored at all times.
Dr Sinclair said that if that monitoring been carried out, the alleged attack would probably never have happened. Residents at Colne Road were exposed to potential and actual harm.
A number of care workers who had worked at Colne Road gave evidence - although nobody from the senior Hillgreen management team.
A support care worker, who said she had not been given any instructions about watching XX, said that she walked in on XX while he was assaulting another service user, described as YY, on 1 November 2015.
Following the alleged sexual assault Colne Road Home Manager, said that the home was no longer a place he wanted to work after the incident. He said that staffing levels were inadequate and that he had raised the matter with senior Hillgreen management, but that nothing had been done about it.
A statement was read out in court from YY’s mother in which she said she had no doubt that YY would have been incapable of providing informed consent to sexual activity, given the nature and extent of his disabilities.
Paul Greaney QC said: “YY plainly needed to be protected from abuse. One only needs to think for a moment about the situation that existed in that care home, a vulnerable man, in an environment in which a predatory sexual offender was largely free to roam, to realise that YY needed protection.” 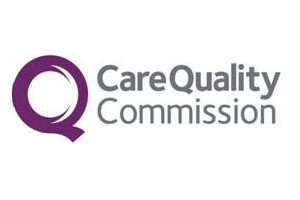 CQC began the process to cancel the registration of the Colne Road service in February 2016. The registration of Hillgreen Care Ltd was cancelled altogether in September 2017.
Andrea Sutcliffe, CQC's Chief Inspector of Adult Social Care, welcomed the judgment and sentence: "As the judge has made clear, Hillgreen Care Limited utterly failed in their duty of care for the people they were responsible for supporting. YY should never have been exposed to the potential of sexual abuse from XX and the impact on him and his family is heartbreaking. My thoughts are with them today.
"It has taken a long time to bring this prosecution to a conclusion but the outcome proves that it has been worth the effort and dedication of CQC's inspection and legal teams. Providers should be clear that if people are exposed to harm through their failure of care we will take every step we can to hold them to account."