The CQC is taking a care provider to court this week over alleged sex attacks at one of its homes.

In July 2017, it was reported that Hillgreen Care Limited found a 28-year-old known sex offender, one of its residents at the home in Colne Road, Enfield, in the room of a 23-year-old male. The victim, a severely disabled autistic man, had allegedly been raped by the man who had been left unsupervised despite being a high-risk resident. The alleged attacker is currently serving a jail term for the rape of a 14-year-old girl, and the Crown Prosecution Service said he will not be prosecuted over the care home incident due to a lack of evidence.

The CQC said in a statement: “Hillgreen Care Limited has been summonsed in respect of two offences: Between 1 April 2015 and 1 November 2015 at 14 Colne Road, Enfield, London, Hillgreen Care Limited failed in its duty under Regulation 12 of the Health and Social Care Act 2008 Regulations 2014 in that it exposed service users at the care home to a risk of sexual harm and thereby failed to provide safe care and treatment. 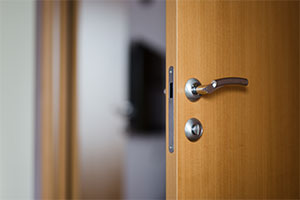 “Between 1 April 2015 and 1 November 2015 at 14 Colne Road, Enfield, London, Hillgreen Care Limited failed in its duty under Regulation 13 to establish and/or operate effectively systems and processes to prevent abuse of service users and thereby failed to protect those service users from abuse. Consequently a service user at the care home sustained avoidable harm.”

Amid the original investigation, it came to light that the deputy manager of the care home was himself a convicted sex offender and working illegally in the UK. It was also reported that Hillgreen only told the victim’s family about the alleged attack 24 hours later, and only called police two days after the incident had taken place.