Jessica Taylor-Bearman shares her inner-most thoughts and real-time emotions – adapted from her diary growing up as a teenager in South-East England – as she experiences the terrifying discovery that, aged 15, instead of partying, studying and socialising, she would rapidly become bed-ridden, ultimately unable to move, speak, eat...

Despite the odds, Jessica never gave up. Her dream was to become an author, to be able to marry, leave the hospital, enjoy life.

In July her first book, A Girl Behind Dark Glasses, was published by Hashtag Press. 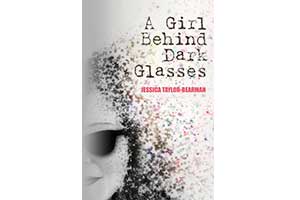 Supported by a hugely successful crowdfunding project, Jessica’s story also features in a film called Unrest by Jennifer Brea, a journalist and filmmaker from New York, which aims to raise awareness about severe M.E.

After winning a prize at the Sundance Film Festival earlier this year, the now Oscar-shortlisted film is now on general release in the UK, coinciding with a review of the controversial National Institute for Health and Care Excellence (NICE) guidelines into the diagnosis and management of the illness.

From beneath her dark glasses, Jessica glimpses a world far different from the one she remembers as a teenage schoolgirl. This true story follows her path as she ends up living in hospital for years with tubes keeping her alive.

Becoming an author, being able to raise awareness about the condition – also known as Chronic Fatigue Syndrome – is the only thing that kept Jessica going through her teenage years.

Using voice recognition software, which she calls ‘Bug’, Jessica was able to record her time in hospital, providing a raw, real-time honesty to the story that would be impossible to capture in hindsight.

M.E. is a systemic neuroimmune condition characterised by post-exertional malaise (a severe worsening of symptoms after even minimal exertion). It causes dysregulation of both the immune system and the nervous system.

The effects of M.E. are devastating enough to leave 25% of patients housebound or bedbound. For moderate to severe patients, living with M.E. is like living with late-stage cancer, advanced stage AIDS, or congestive heart failure for decades. In many parts of the world, it is commonly called Chronic Fatigue Syndrome.

Please be aware this competition is now closed.

The latest issue of Care & Nursing Essentials is now live on our website!

Award-winning natural skincare brand, Balmonds, was founded by a mother desperate to find an…

CLOSED - WIN a dementia books package worth over over £75!

Thanks to Jessica Kingsley Publishers we have four books to give away as part of a dementia books package, worth the total of over £75.