Friends of the Elderly, the charity which runs care homes, day care services and a grant giving service for older people living on low incomes throughout England, has launched its 2021 Winter Warmth Appeal as part of its ongoing commitment to put the care, mental and physical health and wellbeing of older people at the heart of all its activities particularly during this especially lonely and cold time of year. 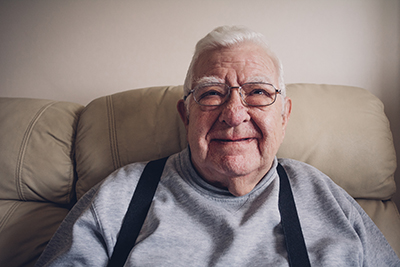 One of the biggest problems facing many older adults, especially those living on their own, is not staying warm enough in their homes through the cold and chilly winter months. When temperatures fall below 8°C (46.4°F), older people can be vulnerable and susceptible to an increased risk of heart attacks, strokes, flu, pneumonia and in extreme, serious cases of low temperatures – hypothermia.

Talking about the Appeal, Mark Wilson, Friends of the Elderly’s Engagement Director said: “Every day we receive downhearted and discouraged calls from many older people who may be living on their own, who are desperate for help and support, are living in unsafe conditions or facing dire situations. More often than not, they have nowhere else to turn and Friends of the Elderly is their last and only hope.

“Many of the callers need financial support, others physical or material help and some,

emotional comfort. The requests we receive are not excessive or elaborate, just modest asks that make a positive, constructive and helpful difference to that older person’s daily life and wellbeing.”

Heating - and being able to have hot water - is essential, as for an older person a body temperature of 95°F (35°C) or lower can cause many health problems, such as a heart attack, kidney problems, liver damage, or worse. Older people have a thinner layer of fat under their skin, making them more susceptible to cold and conditions like diabetes, peripheral artery disease and kidney disease can restrict blood flow and lower body temperature; and living in a very cold house, can in severe conditions, lead to hypothermia.

Mark continued: “After receiving a touching and emotional call from a vulnerable older couple - Vera and Henry - we were able to contribute £500 towards their new boiler. The couple live in a 1930s bungalow and, sadly, when their boiler broke last winter, they didn’t have the money to get a new one.

“Vera told us that they had exhausted all other avenues and that we were their last hope. Henry is a pensioner and Vera retired early due to her arthritis. They had worked all their lives – Henry a motor mechanic and Vera an optician. In 2014, Vera had her spine fused, due to a degenerative illness and that, coupled with her arthritis, meant she was unable to continue working. The couple don’t qualify for any government support and survive off Henry’s pension.

“Vera also told us that if Friends of the Elderly hadn’t helped, they would have had to borrow the money which would have incurred a high interest rate, so they are very grateful for our help and are both relieved to have a working boiler to keep their home – and them – warm this winter.”

Another beneficiary of the charity’s Winter Warmth Appeal is 72-year-old Frank. To support his family, Frank worked for the same lorry company for 26 years, moving dangerous chemicals around Europe and the UK. Frank said it was a great life if you were single, but he missed his family when he was away only doing the tyring work to give his family a good life.

Sadly, in 2017 Frank’s wife passed away from cancer and for the first time his house felt unusually quiet. With the added onset of the COVID pandemic, financial issues and not having his family and friends around him and being able to visit, his day-to-day life became increasingly challenging and Frank’s health suffered.

Frank, who is on Pension Credit, works out his finances every week to the penny. His gas and electric is for everything in his home - hot water, heating, the cooker and his stair lift. Frank found that he never had enough money and it was always seemed to be a choice between eating or topping up the utilities. Frank, who has type 2 diabetes which has caused painful nerve damage to his feet and legs, a heart condition and very high blood pressure, coupled with stress, was told by his doctors to eat better, but he just didn’t have the money to do so – consequently, his multiple health conditions worsened.

The cold, dark days brought further hardship for Frank. Having no lights or electricity meant that he was unable to use his stair lift to get up to bed at night, leaving him trying to sleep on the couch and sometimes even on the floor wrapped in a blanket in the cold.

Frank was in such a bad way that one really bad night, he had to press his emergency button to call for an ambulance which led to a stay in hospital for a few days before he was allowed to return home.

Help was on hand when Frank’s Housing Officer, applied to Friends of the Elderly for a £400 grant to top up the gas and electric which has made an incredible difference. Frank said that he’s a lot better now, his home is warm, he has hot water and can use his stair lift to go upstairs and sleep in his bed. In addition, as Frank doesn’t have the added worry about his gas and electric costs, he’s now got the added bit of money to buy and enjoy proper food.

Frank said that he couldn’t believe the difference the grant has made and that it’s helped him 100% with his stress and anxiety – calling the charity a lifesaver.

Shockingly, two million pensioners in the UK live in poverty(1) and, earlier this year, it was reported that almost three million elderly people turn off heating as they cannot afford energy bills(2). These are some of the reasons why our Winter Warmer Appeal is so vital to those older people who are at risk this winter.

Mark concluded: “Helping older people like Vera, Henry and Frank is at the heart of our 2021 Winter Warmth Appeal, helping them to keep warm, healthy, comfortable and safe. Our Appeal is totally focused on helping those older people who are alone or struggling to cope during the wintery days and nights.

“Our Winter Warmth Appeal is vitally important as it allows us to help, support and make physical, noticeable and actual positive differences to many older people, their wellbeing and

daily lives during the cold and lonely winter months. Every penny we receive is match-funded by the Edward Gostling Foundation and goes towards making sure older people do not feel alone, isolated, cold or forgotten this winter.

To find out more about Friends of the Elderly’s 2021 Christmas Appeal please visit: 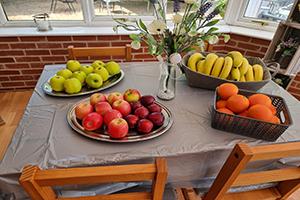 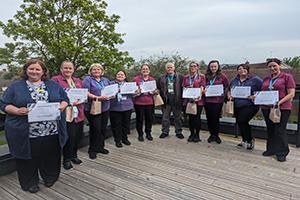 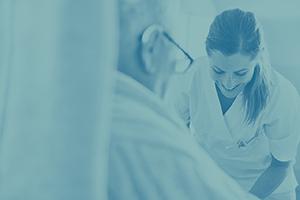 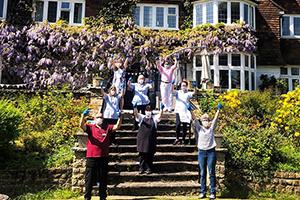