Are you aware of the recent change in law regarding temporary contractors? Here the team at Lawspeed, the UK's leading Law Consultancy dedicated to the recruitment industry, discuss the new tax rules…

Some of you will have heard recently about new tax rules known as IR35 relating to the use of temporary contractors, and due to apply in April 2020. Under current proposals businesses with a turnover of less than £10m, a balance sheet of £5m or fewer than 50 employees (excluded businesses) need not be concerned, but the rules should be noted by all other businesses that hire contractors.

IR35 is the name given to an Inland Revenue notice (Inland Revenue number 35) which explains obligations on contractors to pay tax in a different way whenever the contractor provides services through a third party, usually a personal service company (PSC). These obligations have existed since 2000. If the rules apply, the contractor has been required to pay employment taxes and NICs on the whole of the income it receives from a posting or assignment, with a top slice allowance of 5%. As this means that the individual receives a net amount far less than if normal company tax rules apply, most temporary contractors have worked hard to avoid application of the rules, and HMRC believes that there has been serial tax avoidance in this area.

To address this, in 2017 HMRC changed the rules where a contractor is hired by a public authority, and it now plans to extend those changes to the private sector, so affecting all businesses except the smallest companies. 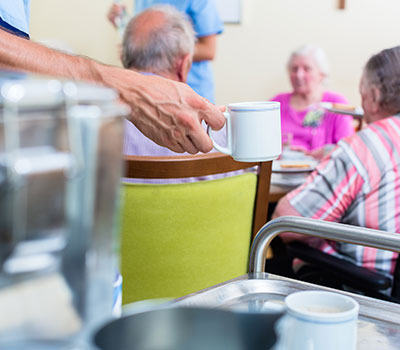 So when do the rules apply?

They do not apply to self-employed individuals who are not operating through a PSC (there is a misconception around this!). Because of a fear of employment rights claims and also the desire of the hired individual to maximise net returns, it has become common practice to engage locums and temporary support individuals via their own PSCs. It is these arrangements that the rules attack.

What do the rules require?

Where the working arrangements are such that, if there were no PSC, the individual would be regarded for tax purposes as employed, someone has to account for employed levels of tax and NICs on invoiced sums for work done/time spent. This also means that someone has to make a decision as to whether they apply. The ‘someone’ used to be the contractor, but is now switching to the hirer or other party who pays the contractor, for example an employment business that supplies the contractor to you. This party is known as the Fee Payer, who is now also to be responsible for payment of PAYE and NICs wherever the rules apply.

The decision – ‘employed’ or not

Assessing employment status is notoriously hard except in the most obvious of circumstances. There has been a plethora of cases over the last few decades which have always been about unclear arrangements, not the obvious ones. Much has been written about mutuality of obligation, direction, supervision, control and so on, and to address these intensely legal and argued over elements would mean this article would end up the size of a book! However in terms of key considerations, a business to business arrangement for a defined project as agreed at the outset is an excellent start.

The tax and other ramifications

Where the status decision is ‘employed’, you, as the hirer (or a third party, e.g. an agency if involved), are the Fee Payer and have to pay contractor invoices in a specific way. Because HMRC regards the arrangement as deemed employment, the invoice is treated as the salary of the individual. This means that the whole of the invoiced sum, excluding VAT, allowed expenses and cost of materials, must be treated as employment income subject to normal PAYE and NIC deductions. The company invoice must be paid net of PAYE and NICs and the Fee Payer must account to HMRC for the PAYE and employee and employer NICs on the invoiced sum.

The result - a cost hike for you of some 13.8%, increased payroll admin for what was previously a simple supplier payment, and a lower net income for the contractor. It’s not surprising therefore that some trade associations are warning that there may be a drop in available locums and contractors.

What can you do regarding temporary contractors?

First, recognise that individuals who put themselves out to work temporarily will still be around. Whilst some may start to look for regular employment, finding it may be easier said than done! Also not everyone is determined to minimise tax payments as before. Some may be happy to work through agencies on their payroll or sign up to temporary employment contracts with you.

If the engagement is for a period of time rather than specific tasks, and the contractor still wishes to operate through a PSC you can either accept the cost of employer NICs or negotiate a new rate. The contractor could work for you as self-employed without any PSC involvement, and you could keep the same rate of pay; however in this case you run the risk that HMRC (as above), or indeed the contractor, could argue that the arrangement is actually one of employment. Normal Employment Tribunal limitations apply to claims by the contractor.

For those you assess as not ‘deemed’ employees it is critical that the contract you use is properly formulated and that the specified work to be undertaken is fully and properly described. The actual working arrangements throughout the assignment should be in line with the contract, so discuss with line managers to ensure there is no conflict. You should also keep a note of how and why you concluded there is no deemed employment in case HMRC investigates as the risk of an investigation exists for up to 6 years after the event.

This is a proposed invasive new method of taxing contractors that will affect hirers and those in a worker supply chain. Hirers regularly using temporary PSC contractors could start planning soon about arrangements post 6th April 2020. 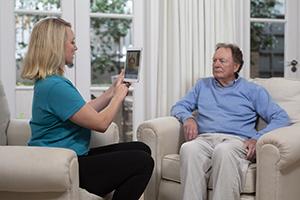 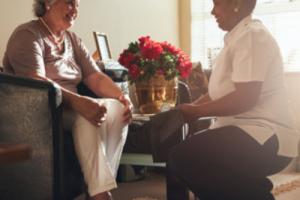 From good to outstanding: how to improve your care home’s CQC rating

Getting an outstanding Care Quality Commission (CQC) rating can sometimes seem unattainable, especially given the current challenges faced by… 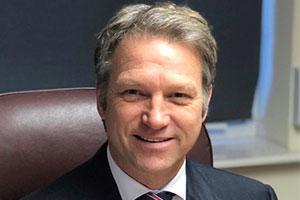 The importance of oral hygiene in care

Roger Daniel is CEO at Red Homes Healthcare. Having grown up working in and around care homes, Roger has vast experience in delivering… 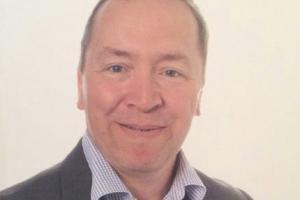 How to manage medication when resources are stretched - care home providers