From plumber to internet sensation overnight. Generous plumber James Anderson from Burnley fixed a 91 year old’s - who is terminally-ill - boiler for free and when the news got out he was a hit online. 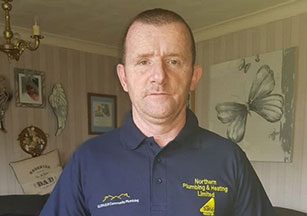 'No charge for the lady under any circumstances. We will be available 24-hour to help her and keep her as comfortable as possible.' was written on the receipt for the work he had done and when the ladies daughter saw what he Mr Anderson has written, she took a picture of it and posted it online. Attention was later drawn to the post when it was commented on over 1,100 times and liked on twitter by more than 117,300 times.

The father of five’s generous work has now inspired other tradesmen to pursue this with their trades and businesses too.

However, this charitable work hasn’t always been plain sailing for Mr Anderson as it has seen him get into debts of up to £8,000. But this hasn’t stopped him and he has been continuing his work through donations and crowdfunding appeals in order for him to be able to help the sick and elderly across Lancashire.

Since starting up his not-for-profit plumbing business in 2017 from home, it has been noted that he has been able to fix more than 2,000 peoples heating and plumbing either, for free or at a massively-reduced cost. the inspiration for his work began when he saw an elderly man being treated unfairly by another engineer and this spurred his not-for-profit work which is called Depher (Disabled and Elderly Plumping and Heating Repairs).

Mr Anderson has hopes that Depher will be a nationwide enterprise but his work relies on donations from the public so he currently still does paid plumbing jobs on the side to help pay for the charitable work that he does.

Recalling on the heart-breaking reality of another customer's struggle to live at home alone without heat, Mr Anderson said: “This still makes me cry today.

"I was at this lady’s and the boiler was knackered. She didn’t have any money, she had people dying in her family. She had come to the end of her tether and she had, when I walked in, a bowl on the table full of tablets.

"And this woman was 82 years of age and she even said to me [when] I walked in, ‘If you can’t do the boiler I’m just going to take them because I’ve had enough and I’ll be better off’.

"The three of us come together and we got her a boiler the next day. And, do you know the lady is still here. I still see her. She’s still smiling.”