A new report on the state of the home care industry has found that home care workers are facing extremely difficult social, political and economic challenges in carrying out their roles.

The report by leading home care reviews site, homecare.co.uk, surveyed 1,305 members of the home care workforce. The findings show that home care workers continue to be dedicated to their jobs – with 94% saying they enjoy the role and 81% not intending to leave the profession – but they are working in challenging conditions.

Care workers are facing tough economic times with over one in four (26%) not being paid the real living wage. Moreover, 38% are not being paid travel time – a widely documented poor practice in the industry. Job security is also highlighted as an area of concern, with 65% of care workers working for agencies that use zero-hour contracts.

Due to the nature of their work they face a higher risk of abuse in the workplace than in other industries. With 65% reporting verbal abuse and 34% having received physical abuse while carrying out their role. The workforce is also concerned with social and political changes happening in the industry and the impact it will have on their work.

Short-term fears include 47% saying Brexit will have a detrimental impact on the provision of care workers. Whilst longer-term 48% are concerned that their jobs might be replaced with the increase in automation in the sector. 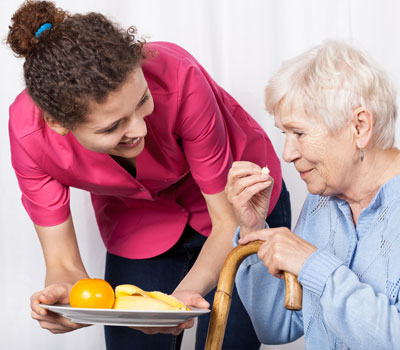 The report also includes insight into what the workforce want to see happen to attract more people to work in care. The majority, 45%, would like to see an increase in pay, 16% think there needs to be better training and 38% want the prestige of care work to be raised.

Sue Learner, editor of homecare.co.uk, said: “Our first homecare.co.uk survey throws a spotlight on the humanity of the home care workforce and it is testament to their compassion and altruism, that despite often low wages and poor job security, the majority of care workers say they enjoy their job and have no intention of leaving the profession.

“While MPs are fighting over Brexit, care workers are our unsung heroes, quietly getting on with the job of caring for the vulnerable and elderly. “Eighty-four per cent of home care workers in the UK are women and they are bearing the brunt of the government’s inability to fix the social care funding crisis.

“It is time for the government to properly value care workers and celebrate the work they do by giving them the pay and status they deserve.”

Karolina Gerlich, Chief Executive of the National Association of Care and Support Workers, said: “In the era of austerity, the ethics surrounding zero-hour contracts have made the headlines, as many cited reduced job security, whilst others argued they are a tool of flexibility. The use of these contracts is still hugely prevalent in the care sector, with 65% of respondents saying their agency uses them.

Reflecting the debate on this issue, the homecare.co.uk survey shows the issue of zero-hours contracts is as divisive in the care work force, with 47% agreeing with these contracts as tools of flexible working, whilst 41% take the opposing view.

“Different options of contracts should be offered to care workers. Zero-hours contracts work if both sides understand the need and allow for flexibility and work together. Zero-hours contracts are unacceptable when they are used by providers as a way of keeping more people on for the benefit of extra availability, but create anxiety in care workers who then do not know how much they are going to earn next week.

“Additionally, it is unacceptable that some providers still do not pay travel time. Travel time is not an additional benefit but a legally required part of community care workers' pay. The guidance and enforcement of this must become stronger.”

Robert Stephenson-Padron, Managing Director of Penrose Care in London, said: “Unless the Home Office comes up with an extremely fast special visa regime, as in one day or less, for social care prior to Brexit, then Brexit is likely to have a severe negative impact on social care in light of an already existing labour shortage and the prospect of local workers retiring or exiting and not being replaced by local workers. Such visas are likely to be unattractive to prospective workers unless they provide a clear and guaranteed pathway to permanent residency.”

Martin Jones, CEO of Home Instead Senior Care UK, said: “Technology has real potential to drive positive change in the care sector but we must draw a line to ensure that we don’t remove the ‘human’ side of caring. We believe that technology should be used to ‘enhance’ the care being delivered, but it will never replace it.

“Combining high-tech with high-touch means that we can drive higher quality care which is even more bespoke to an individual but without removing the personal touch. It’s about ensuring technology is used as a catalyst for improved connectivity and empowerment.

“Technology like care robots could well be used in future, but not in isolation – we believe the human touch will always be needed.”